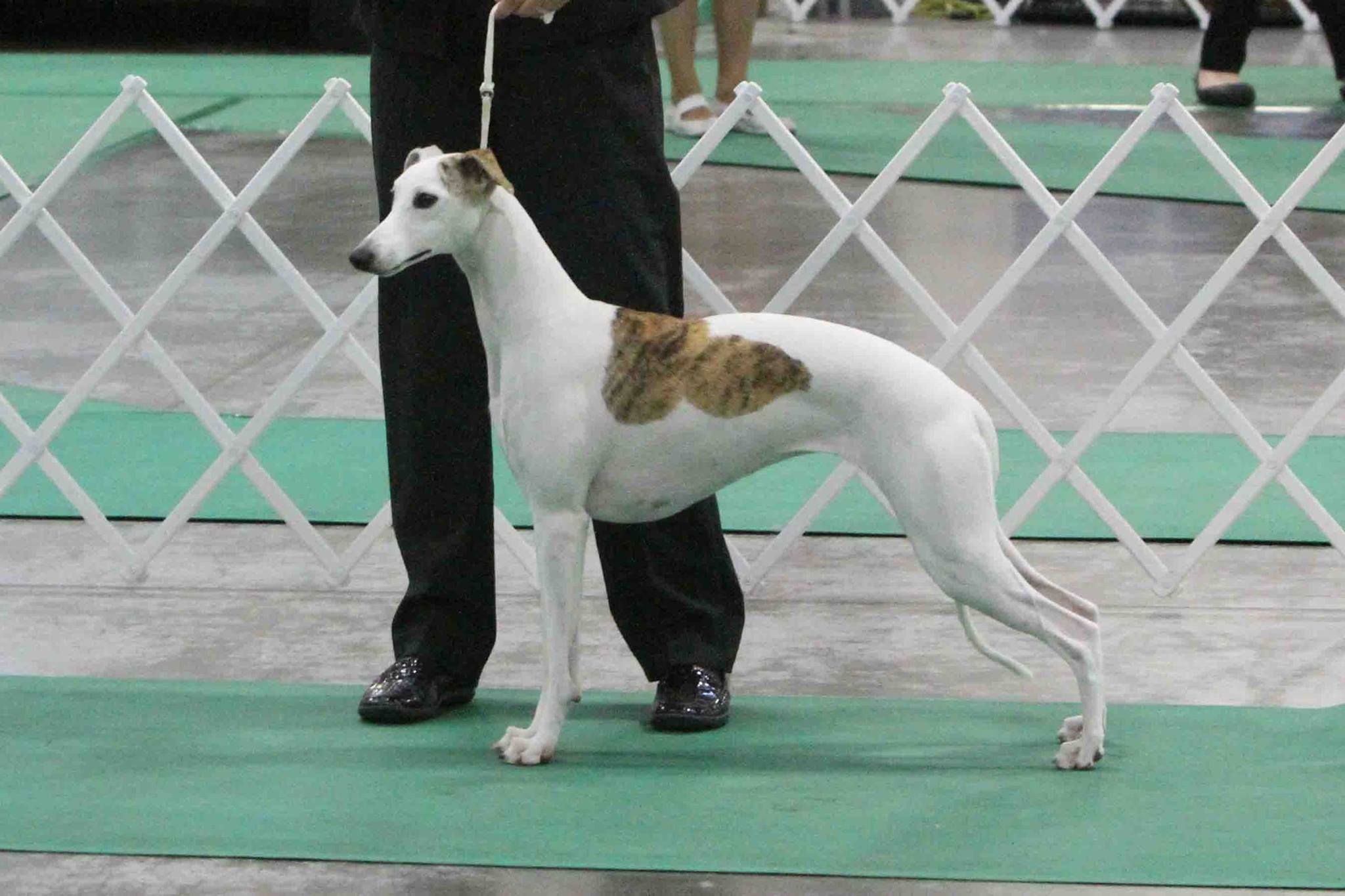 Its been awhile since I have updated!  Both girls are doing fantastic in the ring! I could NOT be more proud of them both.  Minnie has won three sweepstakes, 2 5 point majors at supported entries, and one 3 point major. Very limited showing. She is a whirling dervish in the ring and so happy to just be Minnie.  She was Best in Sweeps under Linda Kolb at the Greater Kingsport Kennel club supported entry show. She was Best in Sweeps under both Kathy Rassmussen and James Donahue in Chicago and she won another 5pt major under Judge Scott Pfeil

Helga was Winners Bitch, Best of Winners, Best of Breed owner handler and Owner Handler Group 2 in Waynesville missing that major again by 1. She also has started CWA racing and ran pretty darn respectively! Of course she visits the kids at Children’s still every week too. She is incredibly good at her job 🙂

Minnie has also been dock diving both with NADD and with Dock Dogs. She even made the Maryville Times paper.  Here are some of our photos from the last few months adventures.