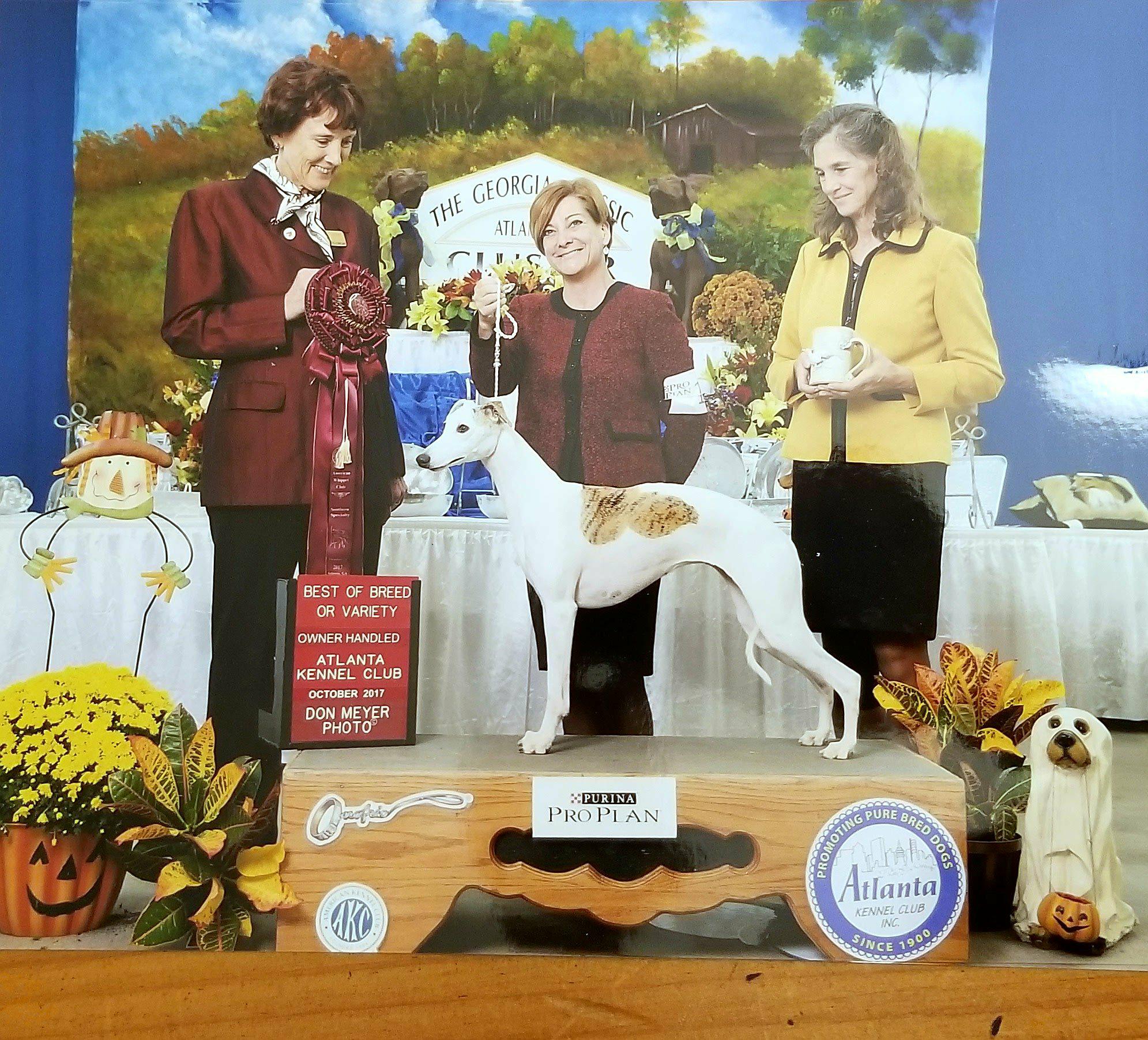 It has been a great year for us here at the house.  Our focus has been on lure coursing and racing for the most part of 2017.  A little bit of showing Minnie to finish her GCH with ease. Minnie has burned up the coursing field and is one 3pt major away from finishing. She had a great prelim run at the AKC National Lure Coursing Championship, being tied for 1st.  Unfortunately, her injury that she had vs the tree in the yard flared back up in the finals round. Though, she did end up fourth! Nothing to sneeze at!  She has finished the year in the top twenty AKC lure coursing. Such a cool versatile dog! 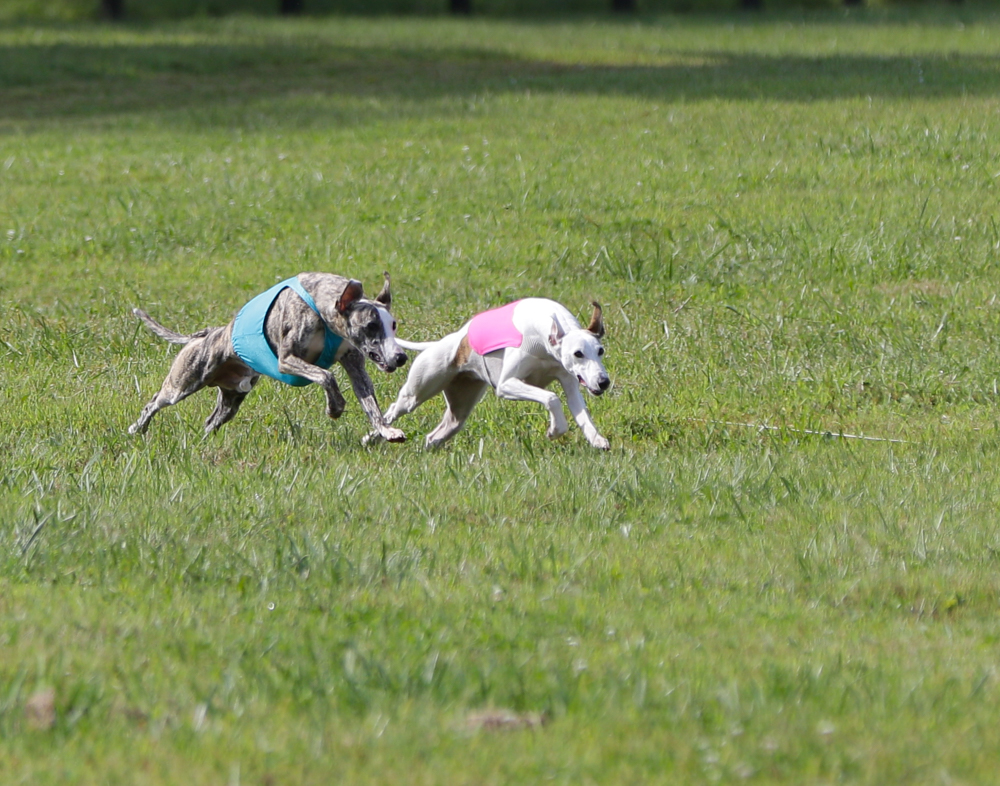 Helga was High combined at our Friendly race meet and she was 1pt off of it twice at other meets. Such a great show of speed and beauty.She also finished her CH in the ring January 2017 from Bred By. My very first bred by champion! 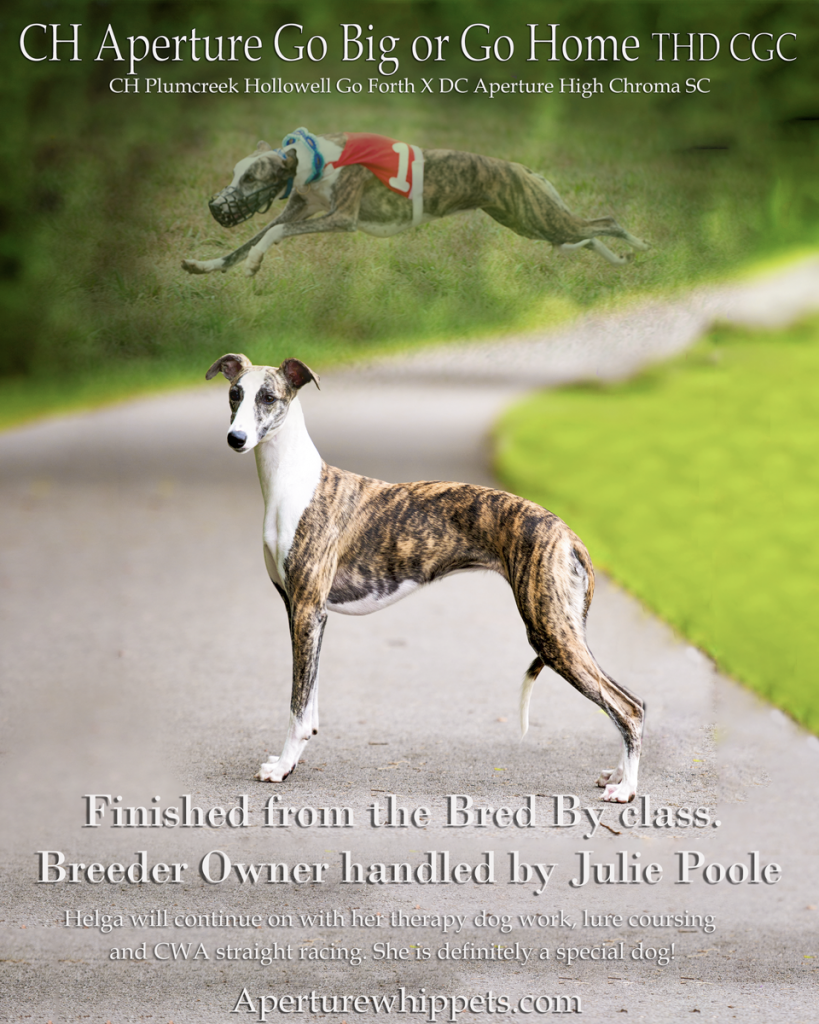 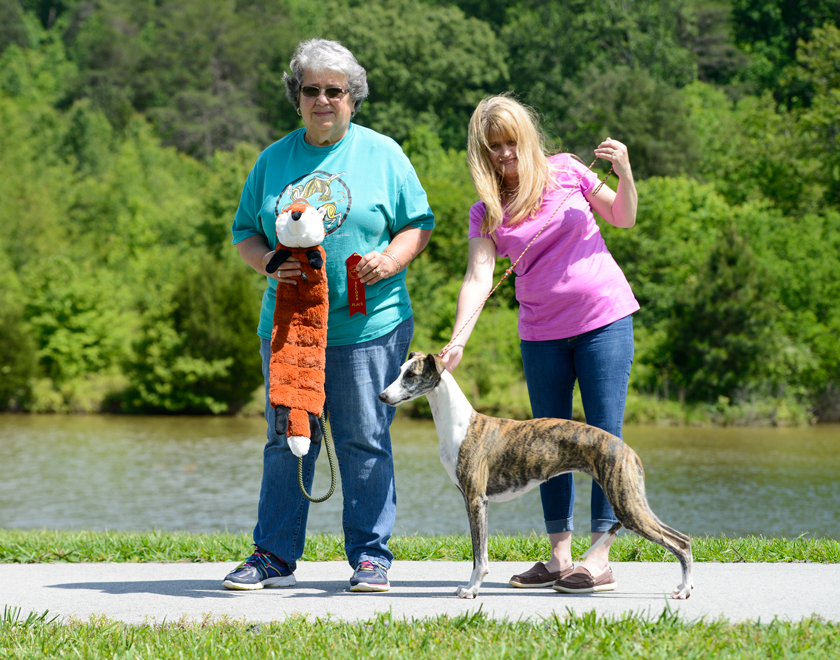 Minnie was shown at the Southern Specialty and was Best of Breed Owner Handler.  That is one of the prettiest ribbons I have ever won! 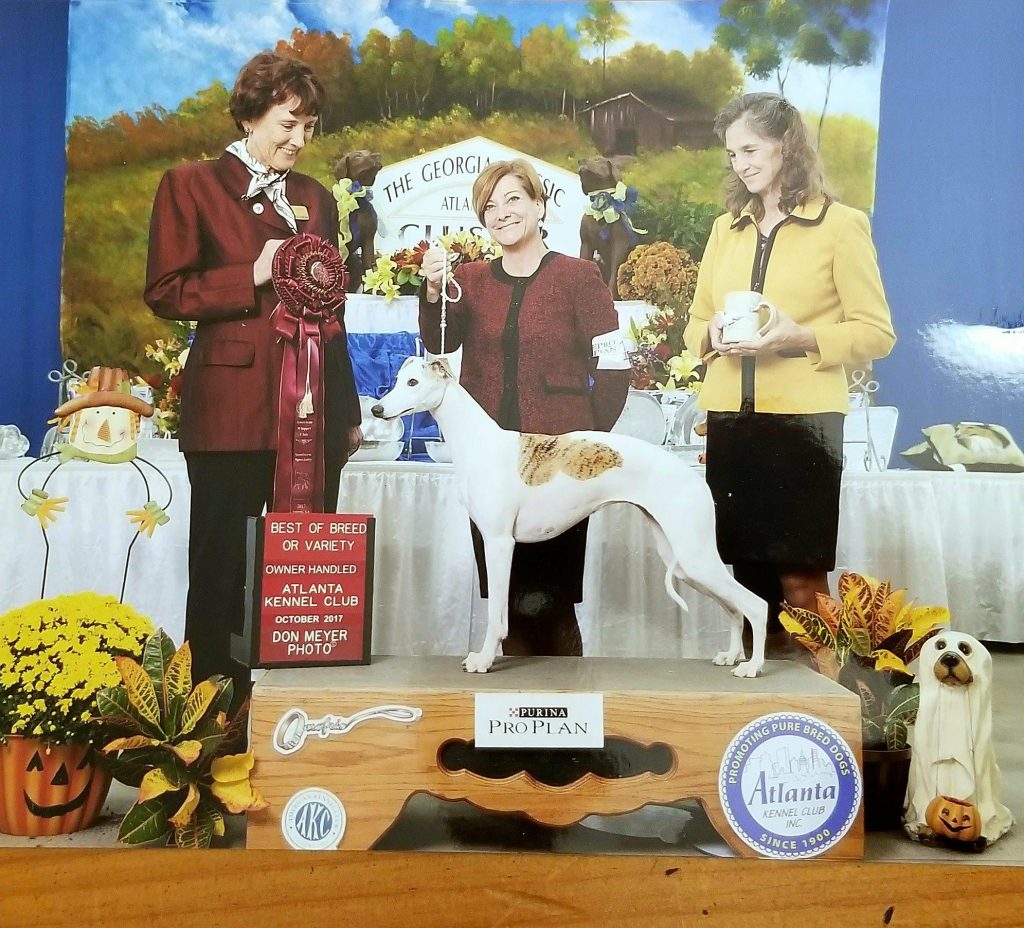 Tanner finished his Dual Championship this summer, of which we are so proud. So much thanks to the Brown’s for their love and devotion to Tanner and Cherie’. They have allowed those two to do so much. 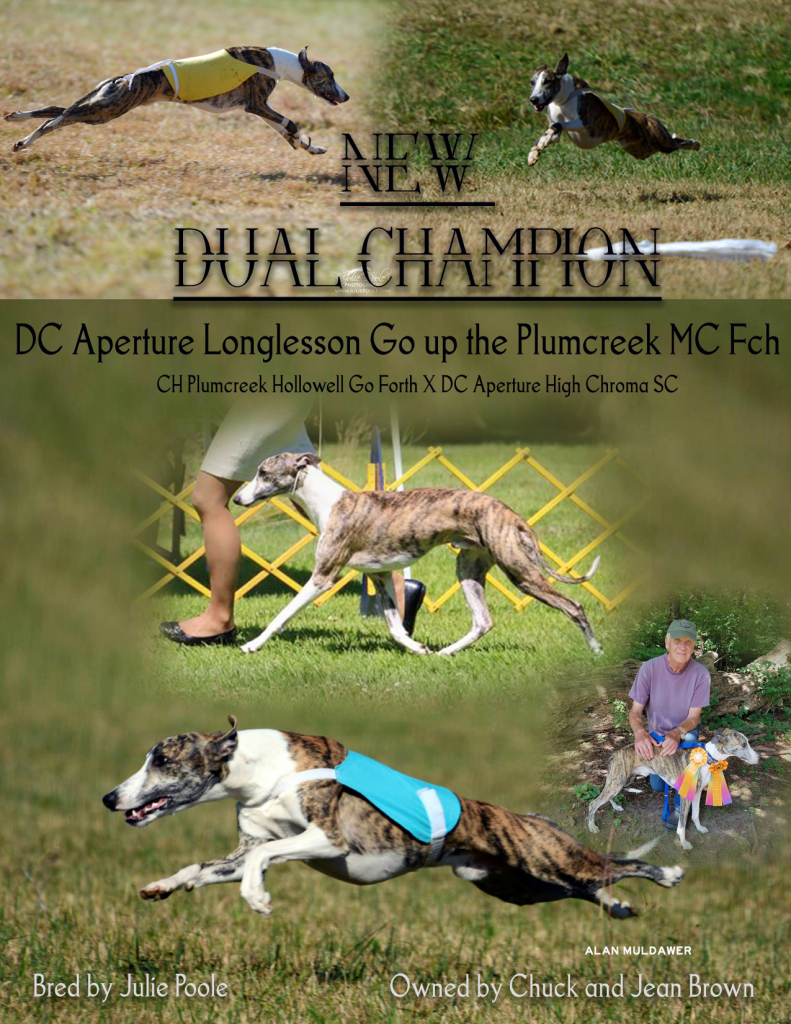 Gadget is training for agility and doing amazing! He has earned his CGCA with ease. He is doing weaves well.  So much training and so much fun! 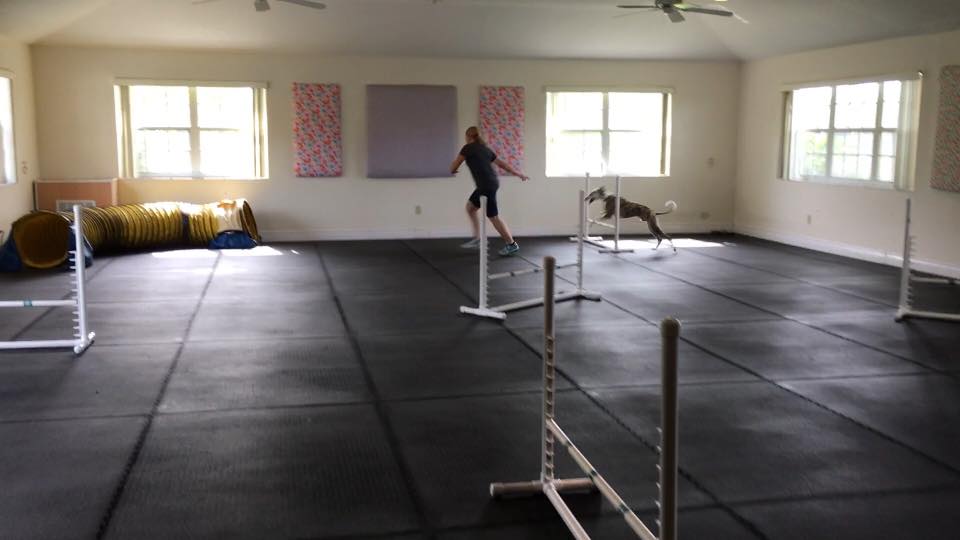 Minx is closing in on her CH, just needs a few points and a second major. That hopefully will be a brag in 2018! 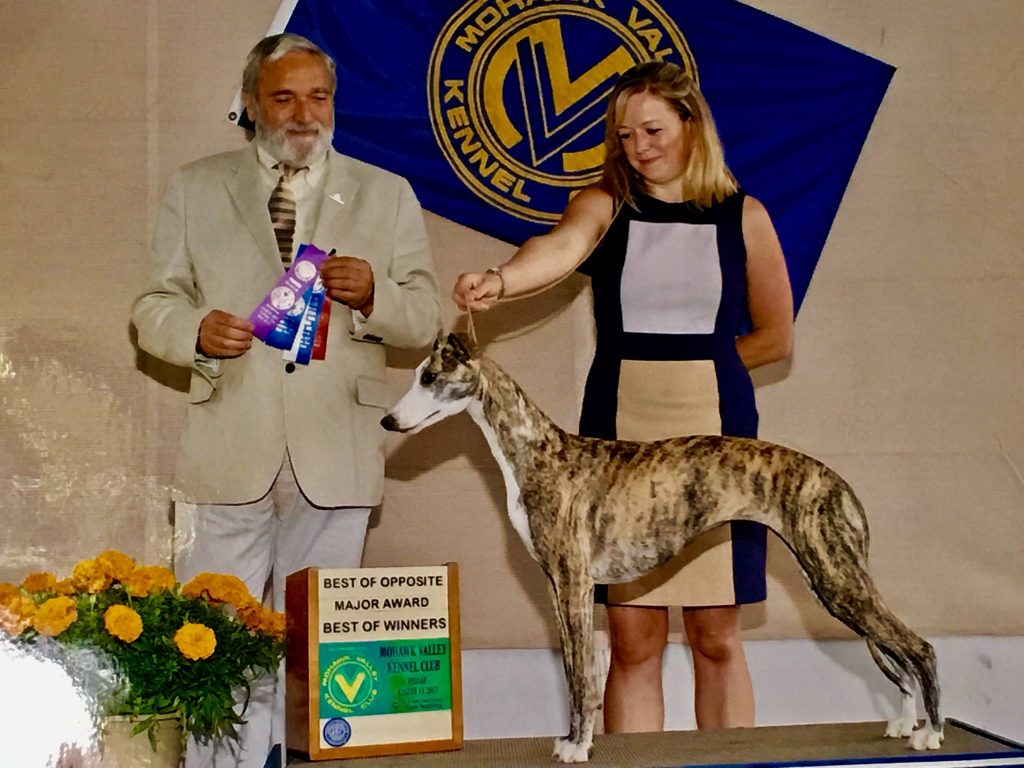 Thanks to the wonderful people who own dogs from us. There would not be nearly as many brags without the wonderful homes they have!!! Here is to an even better 2018!!!