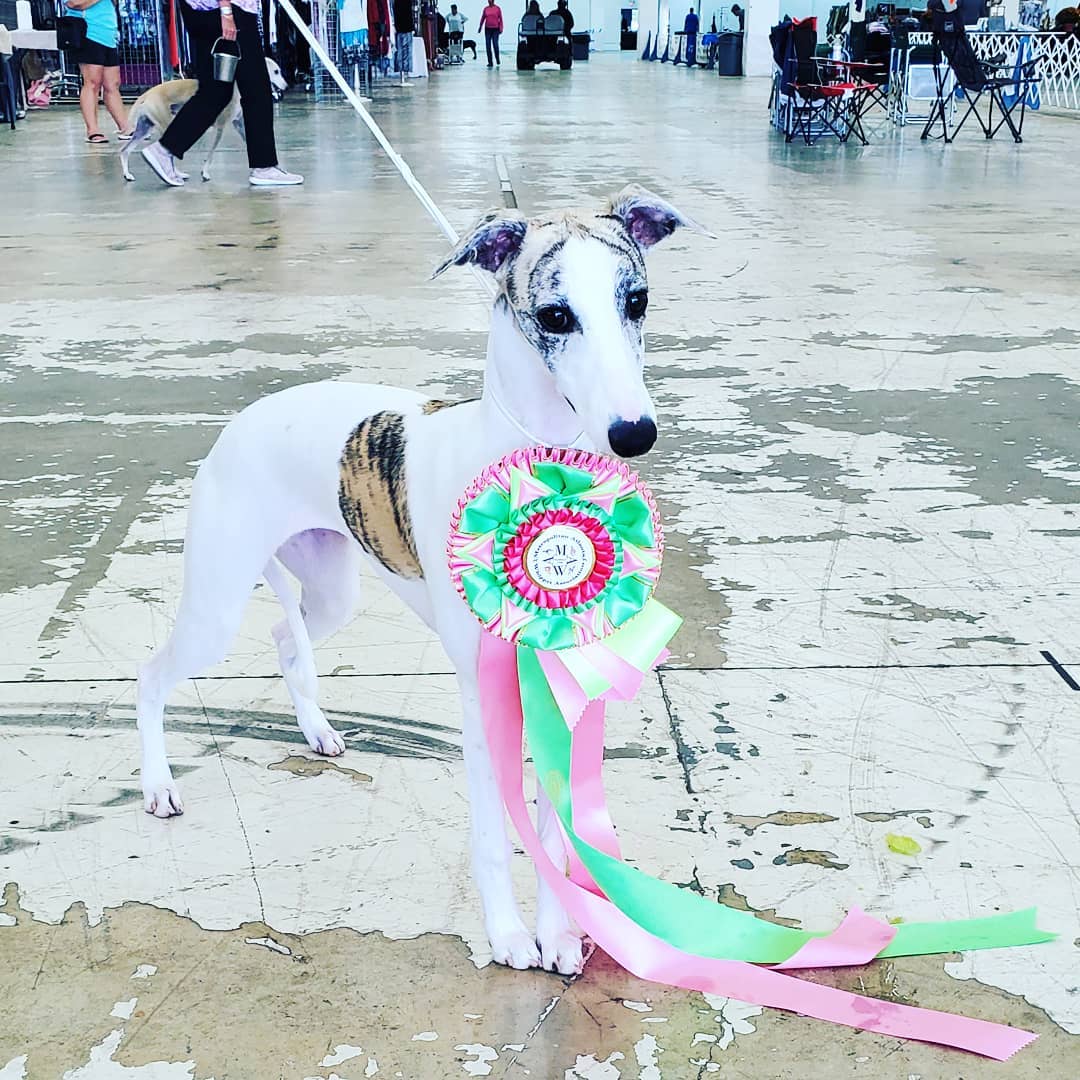 Something happened server wide to all my websites. For some reason, all of 2019 has been deleted. My JuliePoole.com site was hacked and taken over. Technology…. So, I am going to recap this pas year, which was truly awesome!

So, I am going to break this down into two different sections. I will recap running achievements and then show wins 🙂

Oh and I lost all posts from Minnie and Helga’s litters spring of 2019. Check out FB page for pictures of them. At least that wasn’t lost!

On the dog show front, it was a great year with Pearlie winning a Best In Sweeps at the supported entry during the Southern Specialty under Ruth Broadfoot. Pearlie won a 5pt major in Knoxville under Tom Kirstein and Kinky won a 5pt major under Red Tatro. Opie and Lizzie were 1st and 2nd AOM’s at the Royal Canin under Cindy Scott. These are just highlights of the year. [huge_it_gallery id=”27″]

We had just as great of year in the performance venues. Kinky and Minnie ran great, Opie, Lizzie and Gadget ran fast cats and did wonderful in agility. Chase, Pearlie and Rachel are starting their running careers and doing well. Rachel has one or two legs toward her DPC already.

Kinky has won 2 best of breeds and finished her FC in February. Just 4 more points until she is a DC. When that girl is on, she is incredible! Minnie took another break for motherhood, but she stays a consistent runner, always up in the money. She is at 17pt and lacks one major. Eventually she will get that last major! She is such a good runner, I hate that I didn’t get it done before she injured herself.

We are also very excited to see Chase start his CWA career. He is one of the faster dogs I have ever bred. Here he is running with Batman who is an CWA A dog and ARX.

There is so much to write about, that I lost over the past year. I will leave it with some photos [huge_it_gallery id=”28″]